“Fresh, sexy and fun: fashion week was the strongest it has been in years,” says the Australian fashion writer and editor, Georgina Safe.

Fashion Week was from September 4-11 and held all around the world from Berlin to New York. For some, this may be just another week but for all fashionistas/fashionistos, this is one of the biggest weeks of the year.

Many designers, from Michael Kors to Trina Turk, held their shows in New York. Her work was very colorful.  Betsy Johnson had an interesting line of cut out tops, wild prints, and even a wedding gown modeled by a drag queen, who carried her off stage.

The Herve Leger line by Max Azria was all sleek, cutout dresses with jewels, crazy print, or an exaggerated peplum.

Michael Kors did a wonderful job (as always). He included many bright oranges, yellows, blues and florals into his collection making them more fall like on jackets, pants, dresses and suits. 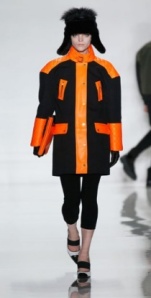 The Project Runway line was all about leather and shaped and patterned dresses. They also had some crazy hair and makeup including jewel studded 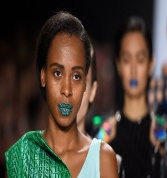 As for the social scene, many celebrities made an appearance in New York. Anna Sophia Robb, Victoria Justice, Colbie Caillat and many others walked the runway for the Go Red For Women: The Heart Truth Red Dress collection.

Kendall Jenner strutted her stuff in her first runway appearance on Sept. 7 in Diane von Furstenberg’s show.  Jenner walked to spots behind fellow models and friends Naomi Campbell and Candace Swanepoel.  Jenner also walked in Tommy Hilfiger’s show in a maroon, scalloped bikini. She then raced to Donna Karan New York where she modeled a tangerine top and a flowy, brushstroke skirt and matching tangerine shoes.

Miley Cyrus worked with designer Jeremy Scott to start her own collection and get it up on the runway. “Dirty Hippie” is an accessories collection that Miley said was inspired by her fans and “shitty moments” from 2014. Along with Jeremy Scott’s 70’s retro, colorful, and eccentrically printed collection, Dirty Hippie looks like something a first grader would whip together, sorry Miley.

Donna Karan celebrated the brand’s 30th anniversary at NYFW and presented her fall fashion line on Monday night. She also included people from all different professions to walk down the runway in her fall collection. Everyone thought the idea was so cool and fresh, they couldn’t stop talking about it. All the A-listers were front row at her show, wearing all black Donna Karan style! Rita Ora says, “When I wear DKNY I feel like a bad b*tch,” proving that even after 30 years, Donna Karan has still got the touch!

As for the fall season, all the designers incorporated many olive, maroon and navy blue colors into their collections. Flannels, boyfriend jeans and baggy sweaters are all the rage this autumn season!